City centre bollards system set to be switched on 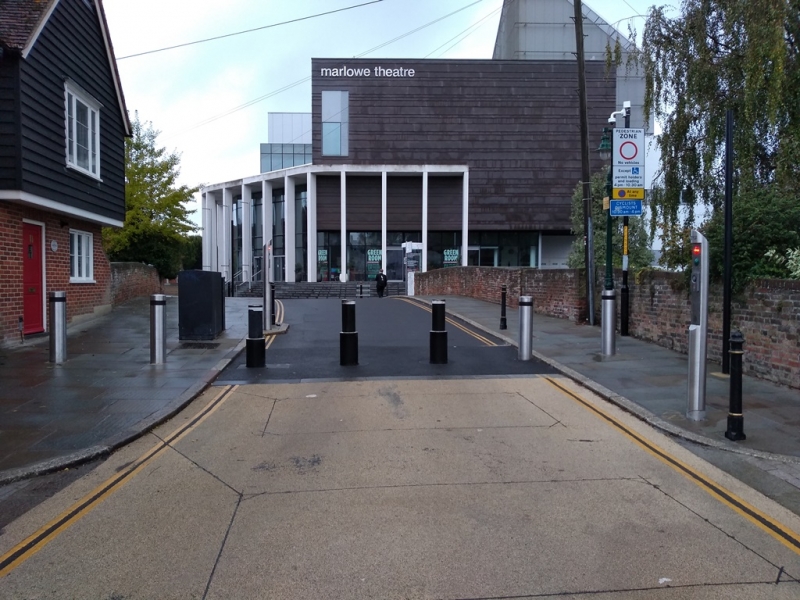 The system preventing vehicles entering the city centre will come into force on Monday 26 October.

More than 100 bollards have been installed by Canterbury City Council on the advice of counter-terrorism police to help protect the city and the people in it from the threat of a vehicle-based terror attack. 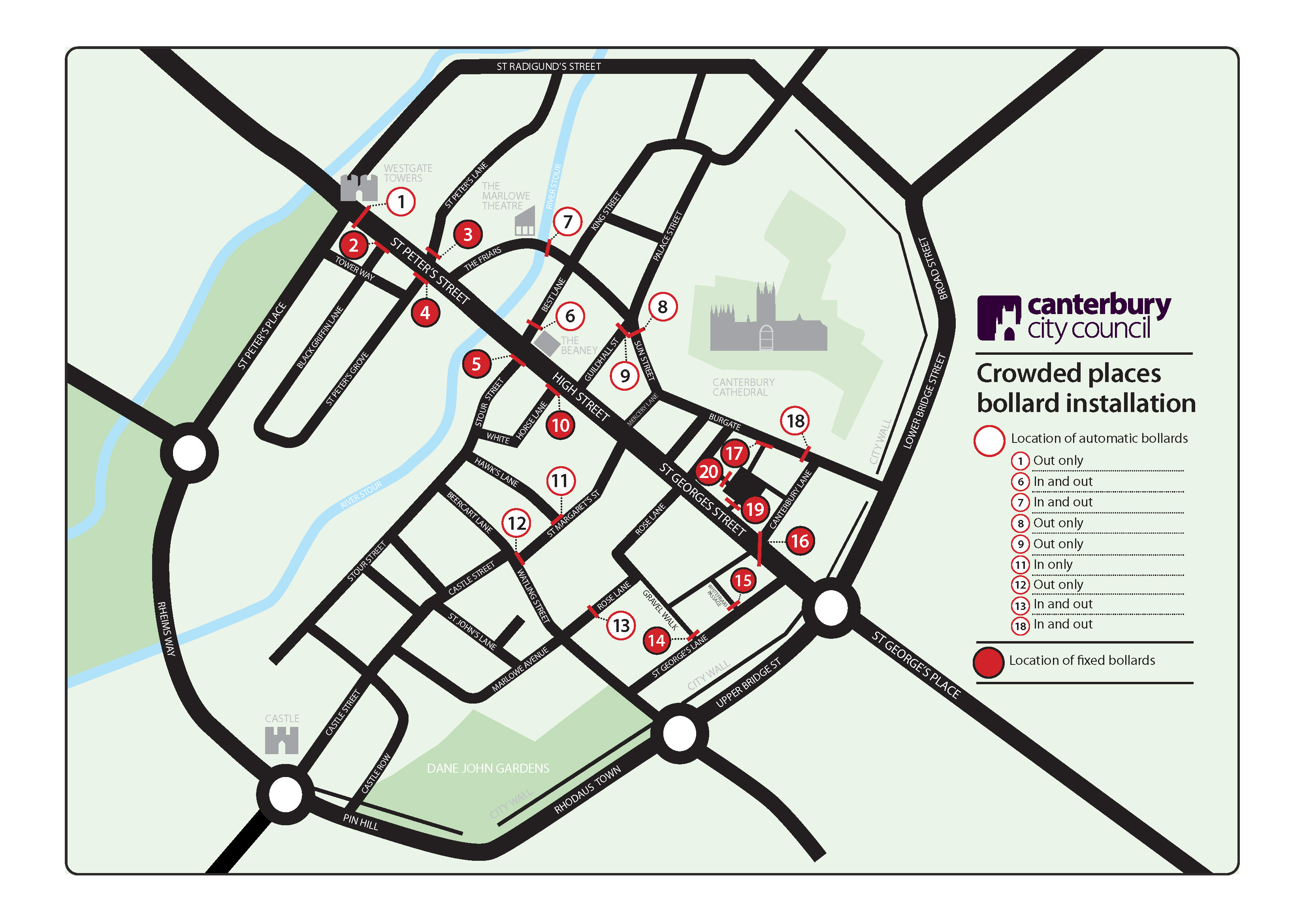 The overwhelming majority of drivers will be permanently refused access to city centre streets. Deliveries to residents living in and businesses trading within the pedestrianised zone will only be allowed between 4pm and 10.30am every day.

Canterbury City Council Chief Executive Colin Carmichael said: “There is no specific intelligence that says Canterbury is at immediate risk but we need to take sensible precautions, on expert police advice, to ensure we keep everyone as safe as possible.

“While this scheme will be publicised extensively in the run up to going live, drivers need to plan ahead in case there is traffic disruption at peak hours as people learn how the system will operate and that the restrictions will be enforced rigorously.

“We have chosen the October half term holiday, even though the system will be ready just before then, because the roads should be quieter.

“We also wanted to give city centre businesses, which are just getting on their feet following the relaxation of lockdown, time to liaise with the companies that deliver to them.

“This has been a very complex project with all sorts of considerations so there is always a very small chance it will not operate perfectly on day one. We will keep an incredibly close eye on things so we can make any tweaks that are needed quickly and efficiently.”

Businesses will need to remind their delivery companies they will not be able to enter the pedestrianised zone between 10.30am and 4pm so it would be better to come earlier or later.

They might also want to encourage their staff to use the Park and Ride system which is back up and running.

Mr Carmichael added: “Residents living in the city centre, who will have become much more accustomed to ordering online under lockdown, will also need time to adjust or make other arrangements like booking appropriate slots with the supermarkets.”

Tradespeople will be granted access to the pedestrian zone between 4pm and 10.30am.

Emergency access between 10.30am and 4pm can be requested via canterbury.gov.uk/citycentreaccess