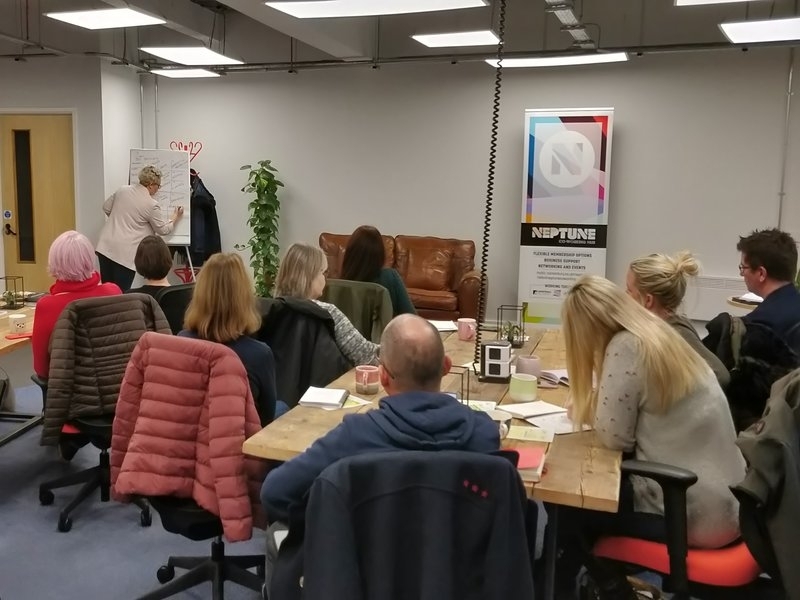 Enterprising entrepreneurs and sensational start-ups are set to boost their bottom line thanks to the new Neptune Co-Working Hub in Herne Bay, which opened yesterday (Tuesday 28 January).

Productivity is at the heart of the hub in the former council offices in William Street, which aims to be affordable and boasts ultrafast Wi-Fi, ergonomic desks and chairs, networking and training events and an environment designed to maximise collaboration.

“The hub will play an important role in creating jobs and continuing Herne Bay’s regeneration. Who knows, the next big idea or multinational company could have its roots here.”

The hub is a joint project between Canterbury City Council and the Herne Bay Coastal Community Team (HBCCT). A £212,950 grant from the Ministry of Housing, Communities and Local Government’s Coastal Communities Fund has covered more than half of the £384,000 cost.

Canterbury City Council contributed £171,050 in match funding plus help from its Local Economy, Communications, Facilities and Finance teams, as well as its engineers.

“The hub is the result of a close working relationship between HBCCT and Canterbury City Council and shows how the local authority, working with community groups, can have a positive outcome for Herne Bay. HBCCT looks forward to working with the council on other projects to keep and build jobs, and careers, in the town.”

Sustainability has been a key part of the project. Cllr Carnac added: “The council has declared a climate emergency so it was important that we limited the impact Neptune has on the environment.

For further information or to book a tour, email hello@neptunecoworking.co.uk. Free trials are also available – book by email or in person at the hub.