Comic exhibition comes to The Beaney 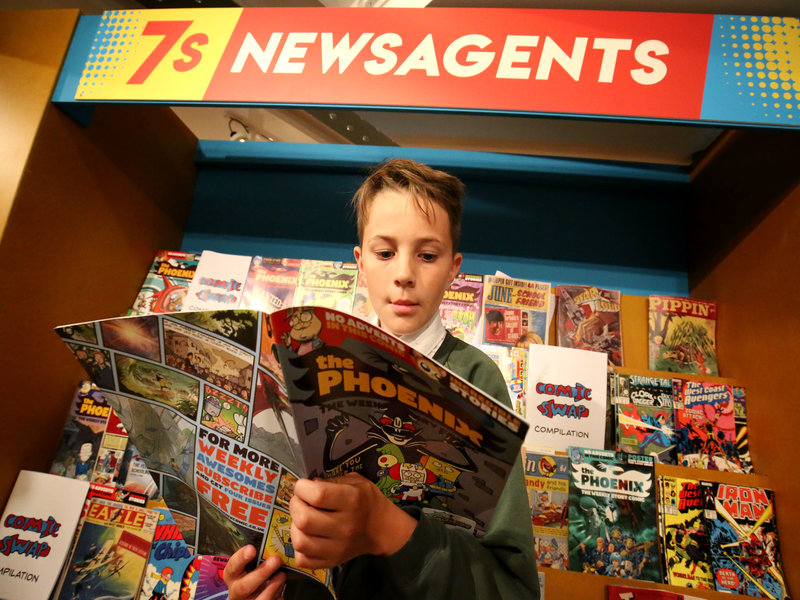 A family-friendly exhibition exploring the wonderful world of comics will open at The Beaney during February half term.

The Comics: Explore and Create Comic Art with Seven Stories from the National Centre for Children’s Books exhibition, offers a chance for comic fans of all ages to discover an eclectic mix of original and iconic comic art, alongside work by current children’s comic creators.

The display will feature influential British comic icons such as Desperate Dan and Dennis the Menace just as they were drawn in the 1940s and 50s, alongside old friends Wullie, Minnie the Minx and Roy of the Rovers.

Other famous characters include Captain America, Wonder Woman, Superman and the Hulk as drawn by Ian Churchill, the British artist and producer of comics for America’s two largest comic corporations – Marvel and DC comics.

The interactive exhibition will also offer fans the chance to create their very own settings, characters and stories using playful props and costumes.

Chairman of the council’s Community Committee, Cllr Neil Baker, said: “This is a fantastic exhibition that not only allows visitors to explore the history of comic classics like Dennis the Menace and Desperate Dan but it also offers a chance for fans of all ages to discover how modern day artists are producing the classics of tomorrow.”

The exhibition will run from Saturday 8 February to Sunday 23 February 2020.