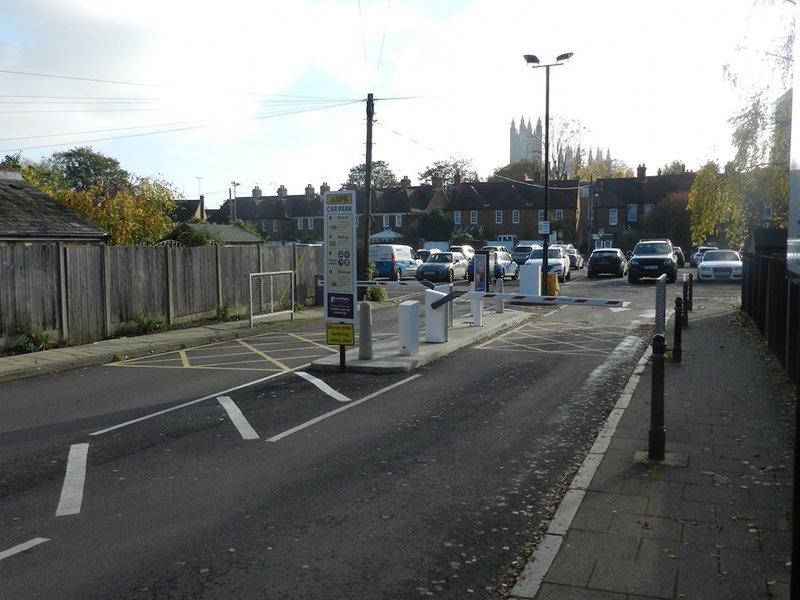 Canterbury City Council is proposing a raft of changes to parking charges across the district, and to its overall parking strategy, to help tackle the climate emergency and increase income to pay for vital council services.

The proposals have been published today (Tuesday 5 November) in a report to the Policy and Resources Committee on Wednesday 13 November, where councillors will discuss whether to put them out to public consultation. They include:

Changes are proposed to a variety of permits, including business permits and hotel/guest house permits. In addition, the faith and community permit is proposed to be removed.

A four-year plan for charges in off-street car parks in Canterbury, Herne Bay and Whitstable is also set out in the report, as are proposals to start charging in some coastal car parks for the first time.

And when the new Station Road West multi-storey car park opens in spring 2020, the council is proposing to create a new long-stay rate on the top deck, which would cap parking at £9.50 a day.

No increases to park and ride are proposed over the next four years. The daily rate stays at £3.50 for a car and up to six passengers, with the new frequent user discount intended to encourage take up of the service.

The proposals have been put together following an in-depth study of parking in Canterbury by specialist consultants Steer, which made a number of key recommendations.

These include the need to rebalance the proportion of city centre spaces to park and ride spaces. In Canterbury, only 41 per cent of the city’s parking spaces are at park and ride, with 59 per cent in the city centre.

Other historic cities that operate successful park and ride services, such as Bath, Cambridge, Winchester and York, have between 50 and 60 per cent of their overall supply at park and ride, and much less in the city centre.

In addition, the study concluded that parking supply in Canterbury should be consolidated into a smaller number of large car parks, through the gradual removal of those with fewer than 100 spaces.

Rosemary Lane car park and the Ivy Lane frontage to Longport car park are already due to close, and now the council is proposing to close Northgate car park, allowing the expansion of Northgate Medical Practice onto the site.

It also recommends the district’s car parks need improvements in their appearance and facilities, so a variety of projects are planned, including electronic signs showing the number of spaces, more electric vehicle charging points and the expansion of the council’s ANPR technology into Whitefriars car park.

The parking proposals form part of the council’s overall budget planning for 2020/21, where it must find savings of £2 million (and total savings of £5 million up to 2023/24) in order to balance the books. The income gained from off-street parking will be used to fund services, including the car park improvements listed above, and contribute to the savings requirement.

The council’s Chief Executive, Colin Carmichael, said: “These proposals represent the biggest changes we’ve made to parking in the district for several years. Driven by the climate change agenda and the need to increase income to maintain essential frontline services, we have taken a very close look at all our charges and our overall approach to parking in reaching this package of measures.

“If these go ahead, it will be the first time we have had different tariffs depending on the arrival time in the car park, or discounts for environmentally-friendly vehicles, so it’s a real departure from what we’ve done before. We expect these proposals to go down well with people who are concerned about the environment.

“Some of the other proposals will be less popular, but it has to be seen within our overall budget position of needing to find significant savings. Parking is one area where we can use income to help our financial situation, instead of cutting the services that people rely on day in, day out.”

The Policy and Resources Committee takes place in the Guildhall at 7pm on Wednesday 13 November and is open to the public. If approved, the public consultation would begin on Monday 25 November.