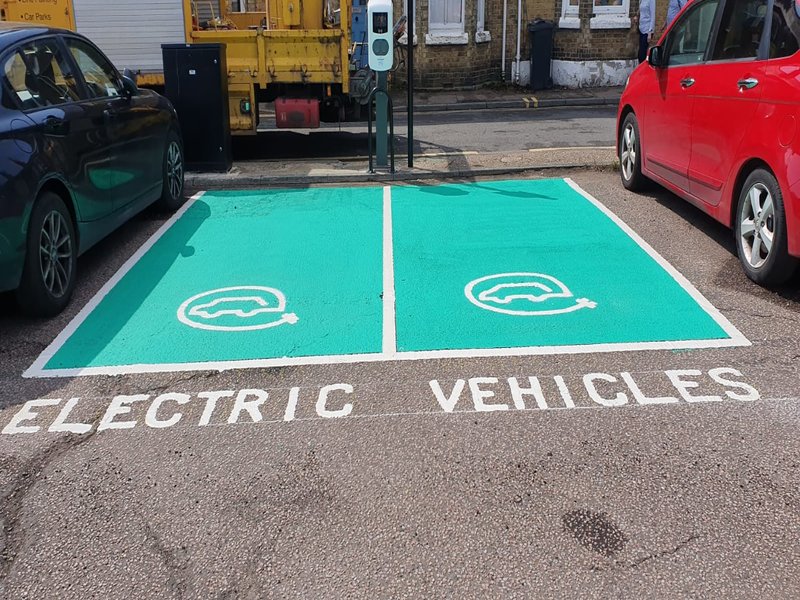 A raft of new rapid public electric vehicle charging points will be installed in the district after the city council secured a government grant of more than £150,000 for three air quality projects.

Seventeen dual 22kw charge points, capable of charging 34 vehicles in total, will be put into car parks and park and ride sites, including the first one within the Herne village air quality management area at School Lane car park.

The grant will also go towards two further projects in Herne – new anti-idling signs across the village, and an education and awareness project in partnership with Herne infants and junior schools.

The Department of Environment, Food and Rural Affairs grant for 2019/20 is £156,377, for projects that support the council’s air quality action plan. The council is also contributing a further £104,250, bringing the total investment to just over £260,000.

The rapid charging points will be installed as follows:

The anti-idling signs project in Herne will see the city council working with the University of Kent, School of Psychology, Centre for Group Process, to place signs around the village encouraging people to switch off their engines.

And the council will also work with pupils from both Herne schools to help them understand air pollution and increase awareness of the dangers of emissions from idling vehicles, especially near schools.

The hope is that the children will directly influence the attitudes and ultimately behaviour of their parents or guardians regarding the number of idling cars at drop off and pick up times, and to wider air pollution issues. Surveys will take place at the start of the project and after six months, to see what difference has been made.

Council Leader Cllr Rob Thomas said: “We’re pleased our bid for such a significant amount of funding was successful, which together with our own money will allow us to make a big difference locally. These are three clearly identified projects from our air quality action plan and we’re keen to get stuck into them as soon as possible.”

The big increase in electric vehicle charge points funded from this grant means, once this project is complete, the district will have 39 points, capable of charging 78 vehicles. This includes 10 points to charge 20 vehicles in the new Station Road West multi-storey car park.

Canterbury’s grant is one of 16 awarded to local authorities across England, worth a total of more than £2.2 million, to deliver innovative projects to improve air quality.