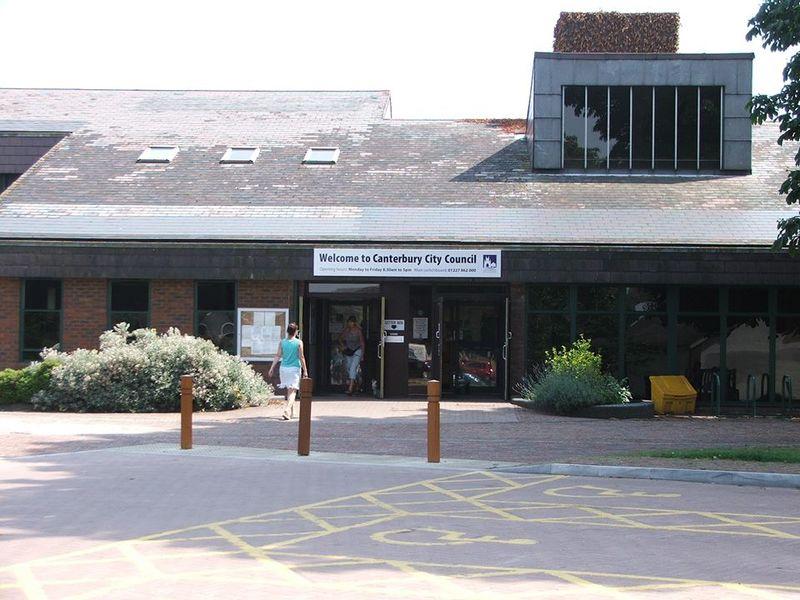 Canterbury City Council is considering moving its offices from Military Road to a new, zero carbon ready building, which could be at Simmonds Road in Wincheap.

A report to the Policy and Resources Committee this Wednesday (9 October) recommends to councillors that work starts on the planning application process, with a view to moving in 2023. It recommends the Military Road site is sold to provide much-needed housing for local families, while councillors will also consider whether to move the council chamber from the Guildhall.

Earlier this year, the council declared a climate change emergency and set a challenging target to reduce its carbon emissions to net zero by 2030.

To achieve zero carbon ready status, the new building would be designed to maximise natural ventilation and would feature sustainable energy technologies, such as solar panels and air source heat pumps, to provide value and long-term sustainability.

In the report, councillors are told that the current offices are “no longer fit for purpose”. Built in 1981, the building is “significantly larger than is required and, given its age and construction, is inefficient and costly to run”.

Significant spending of around £1.6 million is needed over the next 10 years merely to keep it watertight and usable, but even this level of investment would not make it zero carbon ready.

Over the last year, council officers have investigated a number of potential options for where the offices could be moved to, and Simmonds Road came out on top.

Chief Executive Colin Carmichael said: “The Military Road offices have lasted well up to now with relatively little investment, but in the near future we’ll need to spend a large amount of cash if we’re going to stay.

“Climate change is now a consideration in everything we do and we have the opportunity through this project to take a major step towards meeting the tough target we’ve set ourselves.

“Moving office would be a huge undertaking. It’s a big decision for councillors and as the report sets out, there are many issues to consider.”

The estimated cost of the new offices cannot be made public yet, as the council will need to tender for a construction company for the project. Revealing the estimated budget now could prevent the council from getting the best price.

The aim is to largely fund the project by selling the Military Road site ​for housing​ and land in Station Road West for​ development, plus some borrowing if necessary.​

The measures to achieve zero carbon ready status have added to the overall price tag, but will lead to a reduction in ongoing energy costs in the years to come.

The Policy and Resources Committee meeting is on Wednesday 9 October at 7pm in the Guildhall and is open to the public.