Council’s pick up your dog’s poo in lockdown plea 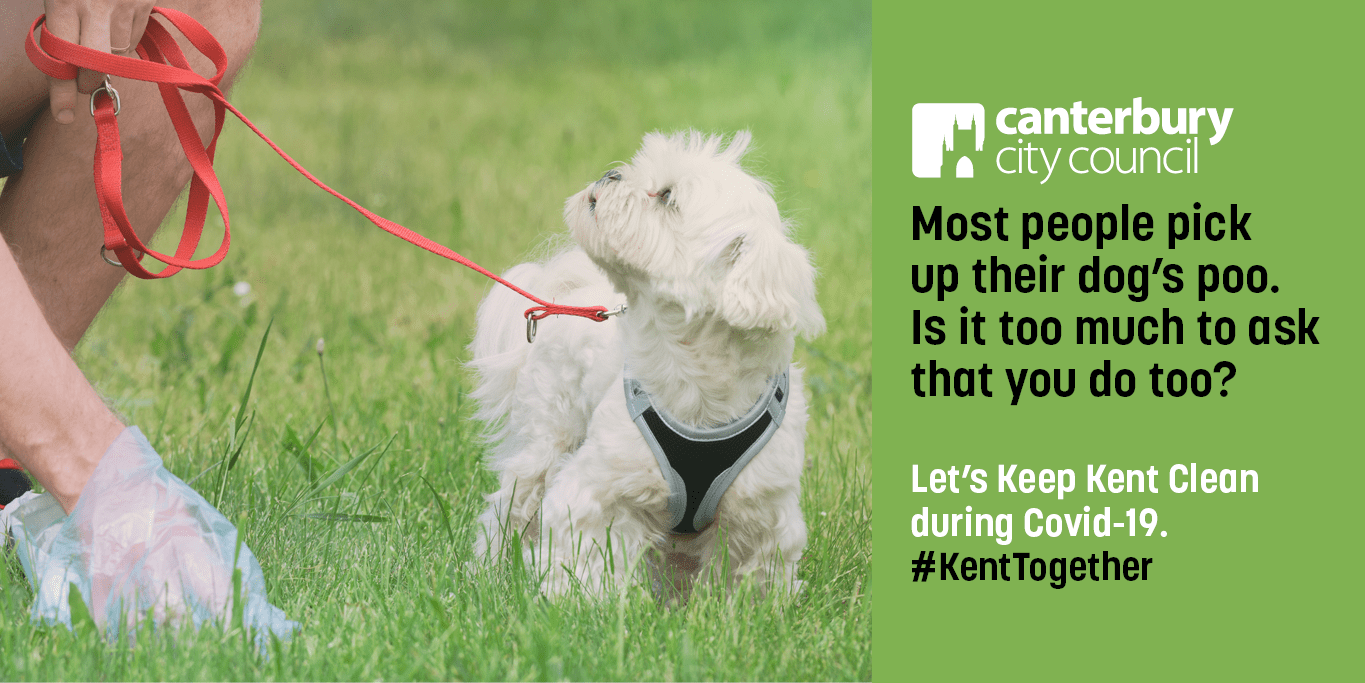 Is it really too much to ask? That’s the question being asked by Canterbury City Council of the  small minority of dog owners who do not pick up the poo from their pets.

The coronavirus lockdown has seen more and more people exercising every day. That means they are standing or walking in places like verges in an effort to social distance where they would not normally.

Cllr Neil Baker, Chairman of Canterbury City Council’s Community Committee, said: “This is a time of national crisis that we are all facing and we all have enough on our plates so we applaud every responsible dog owner who number in their thousands and do the right thing.

“In that context, is it really too much to ask the tiny minority of dog owners to pick up their pet’s poo and put it in the bin?

“Having to clean the disease-ridden stuff off of your children’s shoes or bikes, or even your own is disgusting, infuriating and simply unnecessary.

“Even more perplexing is the trend for people to go to the effort of buying dog poo bags, using them to pick up and then flinging them anywhere else but the bin for someone else to have to clear up.

“All of this costs the council taxpayer at a time when that money is needed more than ever on the frontline.”

The council’s social media campaign features a pooch looking up at his owner who is picking up his poo with the messages “9 out of 10 owners clean up after their dog – don’t be the one who doesn’t” and “most people pick up their dog’s poo, is it too much to ask you do too”.

Cllr Baker added: “Whenever we run a campaign like this one, people call for more dog poo bins.

“Some people do not realise that dog poo bags can be put into normal litter bins and there are 1,174 of those across the district on top of the 388 bins dedicated to dog poo.

“You can also put the bags in your own residual waste bin when you get home so there really is no excuse.”

Dog fouling is a constant source of complaints to the council which has tried a number of tactics to reduce the problem in recent years.

Doug Rattray, Head of Safer Neighbourhoods at Canterbury City Council and is responsible for enforcement, said: “Historically, the number of fines we issue for dog fouling is low because our officers have to catch an owner in the act of letting their dog poo and then watch them walking away without picking it up.
“You are not going to do that when an Enforcement Officer in a Canterbury City Council uniform is within sight.

“A number of years ago, we changed our Public Spaces Protection Order (PSPO) to require owners exercising their dogs to be able to produce, if asked, the means to clear up after their animals adequately.

“We advised adequate means would probably mean having a least two poo bags with you – the vast majority of responsible owners carry far more than that in any case.

“We always said we would use the provision sensibly and sparingly and it would be a great opportunity for our Enforcement Officers to engage with the dog walking community.

“It is also a tool to help us target persistent offenders or take action in areas suffering a particular problem with dog poo.

“We also put up posters with glow-in-the-dark eyes at dog fouling hotspots around the district as research showed the feeling of being watched reduced fouling by up to 77%.

“These posters will be at their most effective when the nights draw in at the end of the summer which is traditionally when dog fouling increases.”