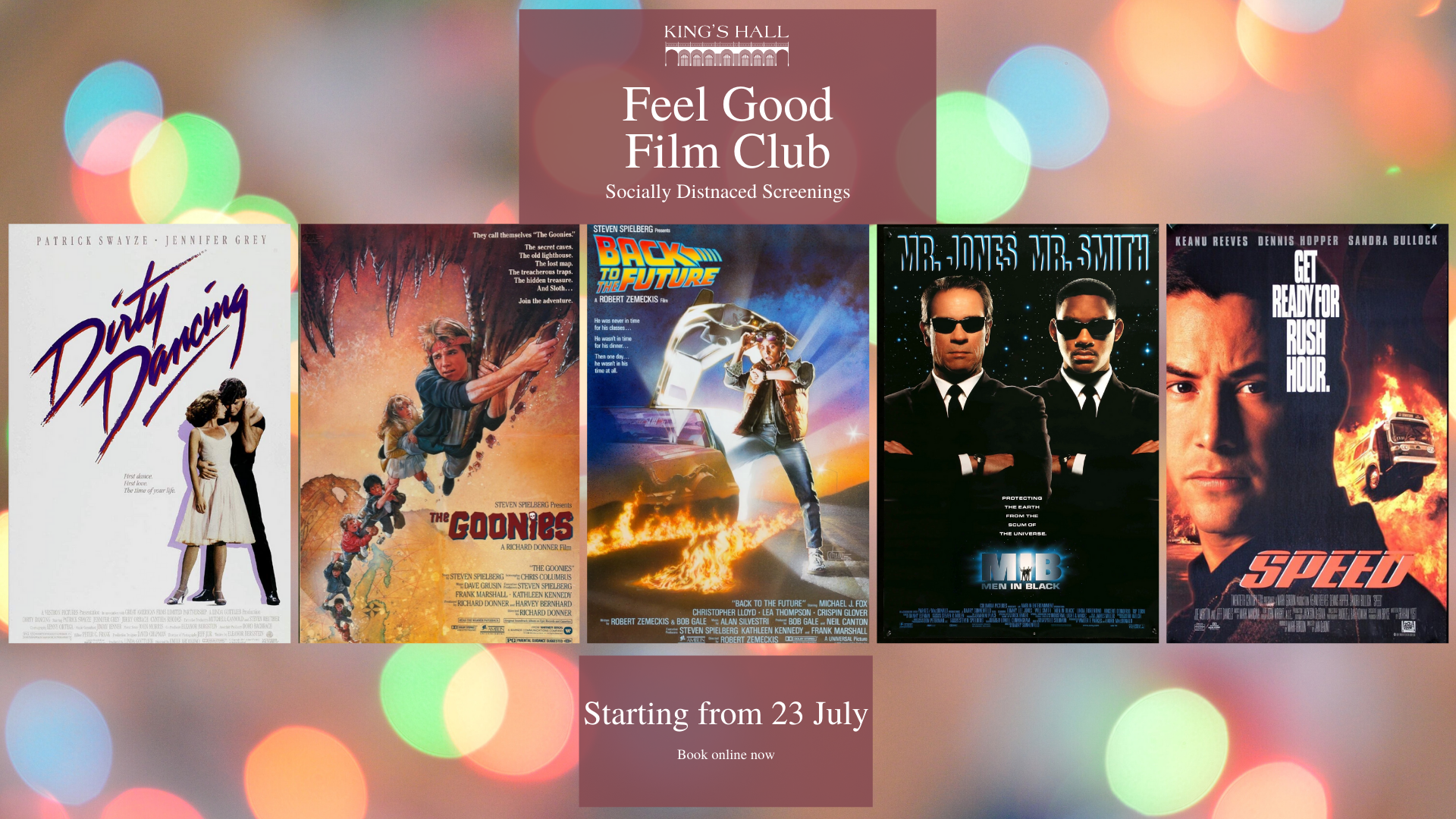 Classic movies Dirty Dancing, The Goonies and Back To The Future will kick off a series of feel-good films at the King’s Hall in Herne Bay.

The three were chosen after a public vote on Facebook.

Social distancing will be in force as seats will be limited to 64 per screening but people will be able to book bubbles of two and four people.

During the school holidays, a film for the kids will be screened during the day with a family-friendly film in the evening.

The schedule so far includes:

Hot and cold, soft and alcoholic drinks will be available alongside a selection of snacks.

The full details and booking information can be found at ticketsource.co.uk/thekingshall.

Caroline Cooper, Head of Commercial and Cultural Development,  said: “Great Scott, you’ll have the time of your life now that cinema is back at the King’s Hall.

“Just like The Goonies, the staff at the King’s Hall have said never say die and have been determined to ensure the venue in Herne Bay is safe so you can sit back and relax while watching a series of classics that are classics for a very good reason.”

In recent weeks, the King’s Hall has hosted a number of free live gigs over the internet featuring local bands and artists including David Shepherd and The Smokin Mavericks.

Kai Hoffman who will be live with her band on Friday 17 July at 7pm.

Caroline added: “Our virtual gigs have proved to be hugely popular with our audience and are helping to achieve our goal of supporting local music as much as possible during the covid crisis. Our plan moving forward is to host socially-distanced live gigs when the regulations allow.”