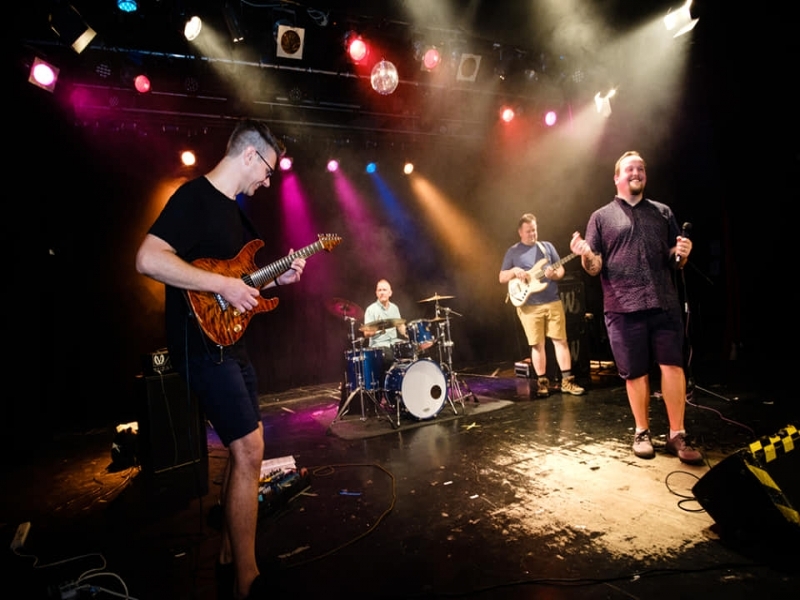 Live indoor gigs with an audience return to Herne Bay's King's Hall in style next month (September) as three local bands take to the stage.

The city council-run venue welcomes The Lost Weekend on Friday 4th, Ozzie and the Uglies on Friday 11th and Brad Pittance and The Pirates on Friday 18th. And if that wasn't enough, more live acts are in the pipeline for October.

The Lost Weekend in action at a previous gig

Social distancing will be in place throughout, with seating 'bubbles' from two to six people available. Tickets are £5 per person and the bar will be open all evening, with table service on offer during the performances.

Tickets are available now online. For all three shows, the doors open at 7.15pm with the show starting at 8pm.

Brad Pittance and The Pirates in action at a previous gig

Commercial Programming Manager at the King's Hall, Victoria Annable, said: "We're so excited to be getting back to putting on live indoor music once again. Herne Bay has a great live music scene and we've got three of the best bands around to kick things off.

"Over the last few weeks, we've live streamed some indoor sessions and had live outdoor music on the roof, so this is the final step in the process.

"There are lots of measures in place to keep customers safe, and that's our priority – along with giving people a fantastic night out, of course."

The Lost Weekend, from Herne Bay, reproduce classics from The Jam, Small Faces, The Kinks and The Beatles, as well as bands from the Britpop era including Oasis, Blur and Supergrass.

Ozzie and the Uglies are a Thanet band that play well known hits from genres including funk, soul, pop, country, reggae and rock.

Brad Pittance and The Pirates specialise in reggae and old skool ska hits and are well known across the county, playing at pubs, clubs and festivals.